1000’s of people and companies are using QR codes in their advertising to make print and web ads more interactive. Our Free QR Creator software will help you turn short burst of information into a QR code. Some of the top uses include placing contact info on business cards and printed ads.

Easy QR Code Creator is very simple to use. Enter in the content you wish to turn into a QR code and you get a live preview of how it looks. Change the colors of the QR code foreground and background! You can even add your Company logo to the center of generated qr code.

When you’re happy with your code, export the image in popular formats like PNG, SVG, EPS or even print. You can even choose the size and precision!

The easy and free QR generator software is a Windows program for creating QR codes for personal or commercial use.

Want to learn more about QR codes? According to Wikipedia the uses are growing as each year passes. Here is what they say about uses:

QR codes have become common in consumer advertising. Typically, a smartphone is used as a QR code scanner, displaying the code and converting it to some useful form (such as a standard URL for a website, thereby obviating the need for a user to type it into a web browser). QR code has become a focus of advertising strategy, since it provides a way to access a brand’s website more quickly than by manually entering a URL. Beyond mere convenience to the consumer, the importance of this capability is that it increases the conversion rate: the chance that contact with the advertisement will convert to a sale. It coaxes interested prospects further down the conversion funnel with little delay or effort, bringing the viewer to the advertiser’s website immediately, where a longer and more targeted sales pitch may lose the viewer’s interest.

Although initially used to track parts in vehicle manufacturing, QR codes are used over a much wider range of applications. These include commercial tracking, entertainment and transport ticketing, product and loyalty marketing and in-store product labeling. Examples of marketing include where a company’s discounted and percent discount can be captured using a QR code decoder which is a mobile app, or storing a company’s information such as address and related information alongside its alpha-numeric text data as can be seen in Yellow Pages directory.

They can also be used in storing personal information for use by organizations. An example of this is Philippines National Bureau of Investigation (NBI) where NBI clearances now come with a QR code. Many of these applications target mobile-phone users (via mobile tagging). Users may receive text, add a vCard contact to their device, open a URL, or compose an e-mail or text message after scanning QR codes. They can generate and print their own QR codes for others to scan and use by visiting one of several pay or free QR code-generating sites or apps. Google had an API, now deprecated, to generate QR codes, and apps for scanning QR codes can be found on nearly all smartphone devices.

QR codes have been used and printed on train tickets in China since 2010.

QR codes storing addresses and URLs may appear in magazines, on signs, on buses, on business cards, or on almost any object about which users might want information. Users with a camera phone equipped with the correct reader application can scan the image of the QR code to display text, contact information, connect to a wireless network, or open a web page in the telephone’s browser. This act of linking from physical world objects is termed hardlinking or object hyperlinking. QR codes also may be linked to a location to track where a code has been scanned. Either the application that scans the QR code retrieves the geo information by using GPS and cell tower triangulation (aGPS) or the URL encoded in the QR code itself is associated with a location. In 2008, a Japanese stonemason announced plans to engrave QR codes on gravestones, allowing visitors to view information about the deceased, and family members to keep track of visits. Psychologist Richard Wiseman was one of the first authors to include QR codes in a book, in Paranormality.

Credit card functionality is under development. In September of 2016, the Reserve Bank of India (RBI) launched the eponymously named Bharat QR, a common QR code jointly developed by all the four major card payment companies – National Payments Corporation of India that runs RuPay cards along with MasterCard, Visa and American Express. It will also have the capability of accepting payments on the unified payments interface (UPI) platform.

View posts by QikSoft Team
We are a small team of young people learning to program and have fun doing it! 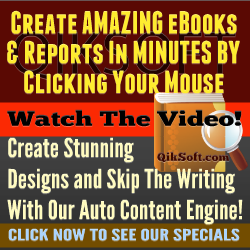 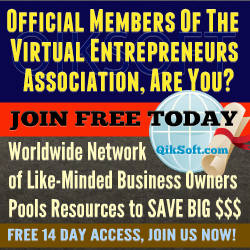